Margaret Morgan's passion for lettering began with the learning of italic handwriting at school. This love of lettering was pursued through art college training in graphic design and typography, graduating BA in 1973.

Years of experience in display and exhibition design, packaging and advertising made a valuable contribution to the partnership with her photographer husband, which was set up in 1980. This offered a complete service of copywriting, photography, design, artwork & print buying for a wide variety of clients. Small calligraphic commissions, both private and commercial, provided contrast in style & content at this time.

Full time work in calligraphy began in 1992 and since then, Margaret has undertaken an interesting and challenging range of both public and private commissions, including writing three books on different aspects of calligraphy and illumination, with a fourth due out 27th October 2009.

She was made a Fellow of the Calligraphy and Lettering Arts Society (CLAS) in 2002, and a Full Member of Letter Exchange in 2011.

2012/13: Europa Scriptorium, Bayreuth, Germany (and other venues in Germany and Austria). 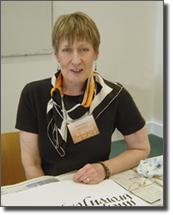 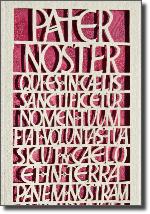